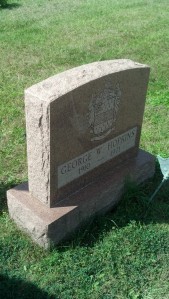 George W. Hopkins was born in Altoona, PA on March 21st, 1911 a year before his father George Turner died.

George served in the military holding the rank of S\SGT from 1938 ~ 1946. George then worked for the Pennsylvania Railroad (PRR) as a skilled crane, derrick, hoist and shovelmen.

GEORGE W. HOPKINS Of 5033 Oak Ave., died unexpectedly at his home at 11 p.m. Sunday, Aug. 22, 1971, following a heart at-tack. He was born in Puzzietown on March 21, 1910, a son of George T. and Cecelia (Himes) Hopkins. Surviving are three children, Staff Sgt. William G. and Sgt. Patrick J. in the Army at Ft. Knox, Ky., and Sgt. Michael B., Army, in Oakdale, Pittsburgh; seven grandchildren, and four sisters and brothers, Mrs. Rose Martin of Juniata, Mrs. Jean Walter, Altoona, Charles Engle of Whiting, Ind., and Robert H. of Cape May, N.J. Mr. Hopkins was a member of St. Rose of Lima Catholic Church. He was a veteran of WW II, serving as a master sergeant in the 80th Division, Army, in the European Theater. He held a Purple Heart with an oak leaf cluster and was a member of the Juniata VFW, Catholic War Veterans and Duncansville VFW. Mr. Hopkins was employed by the Penn Central Railroad as a derrick operator at the Hollidaysburg reclamation shops. Friends will be received in the Mauk & Yates Funeral Home, Juniata, from 4 to 10 p.m. tomorrow and from noon to 2pm. George W Hopkins Obituary Original 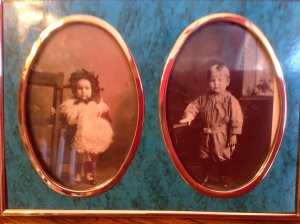