Er Wang Dong: Have you seen it?

The network, which includes ‘cloud Ladder Hall’ measuring around 51,000 metres squared, has water sources and vegetation on the floor

Adventurers have stumbled across a cave so enormous that it has its own weather system, complete with wispy clouds and lingering fog inside vast caverns.

A team of expert cavers and photographers have been exploring the vast cave system in the Chongquing province of China and have taken the first-ever photographs of the natural wonder.

They were amazed to discover the entrance to the hidden Er Wang Dong cave system and were stunned when they managed to climb inside to see a space so large that it can contain a cloud. 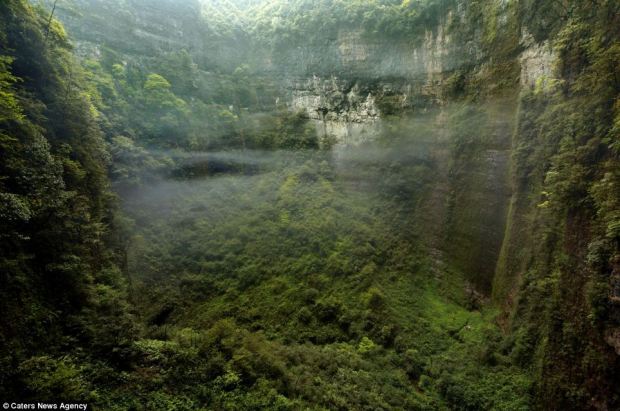 For DETAILS about the Cave \ Eco System Click HERE

← Is the testicle-eating fish spreading across the country?
Fiat Baby Jeep? →