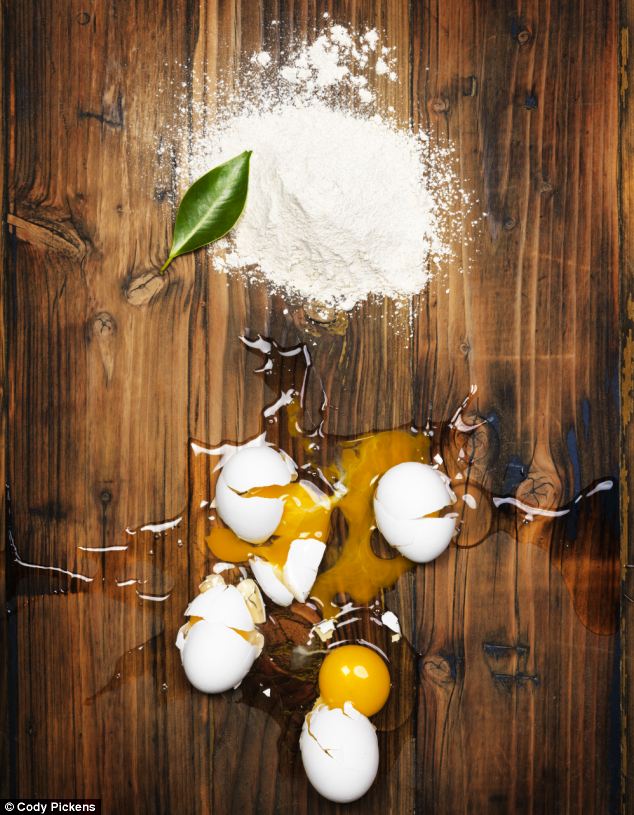 Most animal replacement foods are geared for vegans and vegetarians, and anyone who’s had a soy burger knows they certainly don’t taste like beef. But Hampton Creek’s plant-based egg replacer, Beyond Eggs, are targeted for garden variety omnivores and they taste like the real thing.

The powder also mimics the physical and textural qualities of eggs, from foaming to coagulation and even color. The best part? They’re 19 percent cheaper, have a longer shelf life, and are safer to use. And while the idea of munching on something concocted in a lab seems mildly appalling, 32-year old founder Josh Tetrick is toiling to make sure his recipe could fool even the most critical foodies.

After experimenting with 287 different types of plants and testing 344 prototypes, Tetrick and his team of scientists and chefs are finally closing in on that goal. Beyond Eggs aren’t perfect yet, but they were good enough that one TechCrunch blogger couldn’t tell the difference. Neither could Bill Gates.

There’s a stigma associated with processed foods since most come with fillers and preservatives and are loaded with sugar, salt, and fat. Beyond Eggs, however, are made from ingredients that include peas, sunflower lecithin, canola, and natural gums. They’re also gluten-free and cholesterol-free. In fact, the current formula is purportedly healthier than actual eggs.

Why would anyone want to make an egg replacement in the first place? Beyond the ethical quandaries of the current food industry, extracting protein from meat and other animal-based products is horribly inefficient. By the time the world’s population reaches 9 billion in 2050, we’ll need better ways of making edible protein. Animal agriculture is also one of the leading contributors to climate change.

More sustainable solutions like Beyond Eggs reduce the need for chicken feed, including corn and soy, which means less carbon emissions. Along with the current cooking and baking substitute, Tetrick’s team is also developing egg-free mayonnaise and a formula for scrambled eggs.

Tetrick’s concoction isn’t meant to replace real eggs across America, at least not yet. For now, given the price and shelf life advantages, it’s likely to pique the interests of large-scale food manufacturers. Tetrick told GigaOM that Hampton Creek Foods is close to a major deal with a large food company, although he didn’t explain further what such a deal might look like.

Beyond Eggs is the latest sign Silicon Valley is getting serious about sustainable food. The name itself is a nod to Beyond Meat, the meat-replacement company that’s gotten backing from Twitter, and Beyond Eggs has already raised $2 million from renowned venture capitalist Vinod Khosla, who has received funding from Gates. Khosla is also backing salt-replacement Nu-Tek Salt and artificial meat startup Sand Hill Foods. There’s also Peter Thiel who dreams of 3D printing meat one day. With all the money and brains flowing into sustainable alternatives, it’s only a matter of time before fake food becomes just food.

Would you try it?  I have canine teeth and so far I prefer the real thing but who knows. This product probably has a longer shelf life even though it lacks the yolk. I can’t wait to see how this tastes.